We just finished a marvelous workshop with Laverne Waddington. She's taught 2 previous workshops in San Diego (Backstrap Basics, and then Andean Pebble Weave) and this time we learned Tubular Edges.

I worried a little bit about the setup for this - 8 people setup for backstraps, and I planned to setup in my living room, which has lots of natural light, but isn't terribly large. I had ordered rental tables, and as an afterthought, added one 18" x 6' table, and it turns out, that's the one we used! 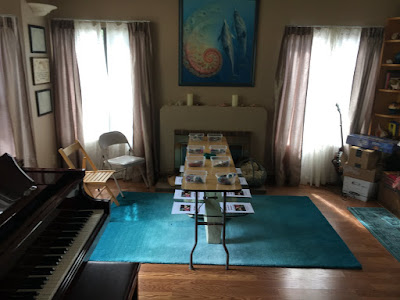 With the big chairs moved out of the room, and the baby grand pushed to the edge of the room, and the glass-topped coffee table underneath the rental table, we had plenty of room to attach warps, and still have a place to set stuff beneath the table. We had 6 participants at this table, and then I attached my clamp to the bookshelves in the foyer (about where this photo was taken from.)


Looking back the other way, here's Laverne demonstrating the little "eye" motif called the Nawi Awapa.


Here's a photo of some of the samples Laverne brought to show us.


And here are some pictures of my attempts. 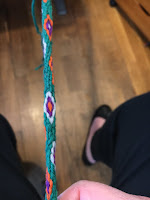 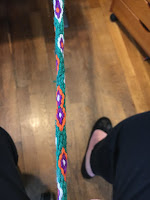 Here's what the design looks like when you make a mistake and repeat one "eye" without moving on to the next. Kind of looks like a Batman character, eh?

And right, what it is supposed to look like - alternating eyes. Note that since this is a tubular band not attached to fabric, the design sort of spirals.

I know it is going to take a lot of practice to get good at this, with consistent sizes of eyes, and getting some finger memory so I'm not having to follow the steps by rote, but I plan to do a lot more of this - I really love the look.  I also plan to take these samples off this beautiful piece of fabric when I'm getting better at the technique, and then try it again making this into a pouch.

Last, but not least, we asked Laverne to set out samples for some of her other classes, so we can decide what will be next. 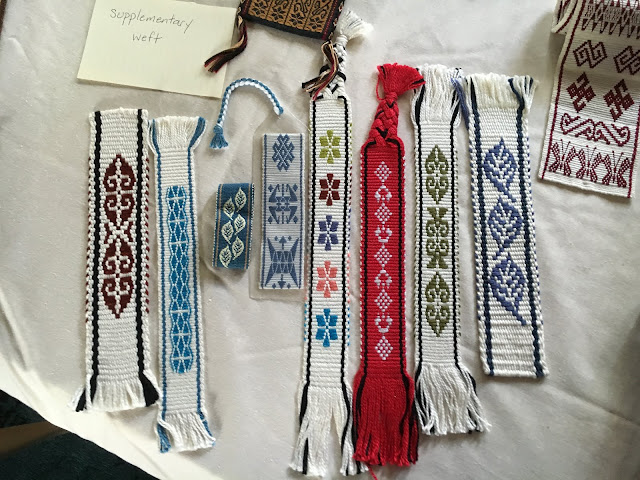 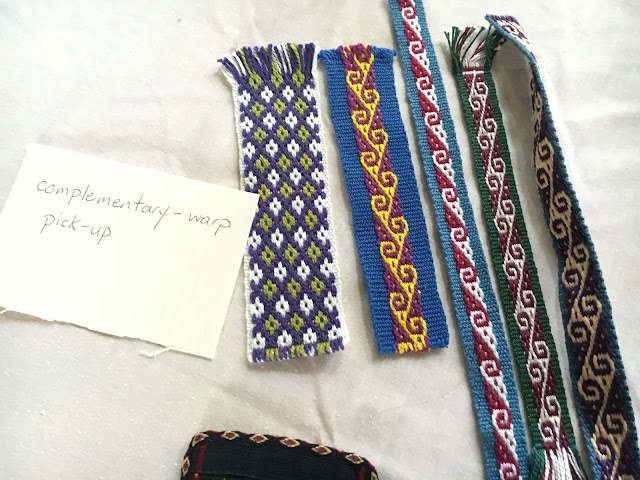 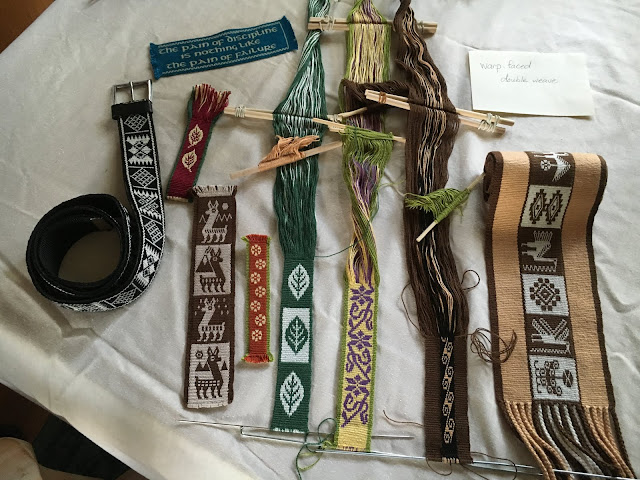